Special abilities: Ability to drown out a chorus of banshees, tap-dancing, fancy baking

Hobbies: Travelling in fabulous style, breeding rough-coated Crups, relaxing in any of her eight homes

Internationally-acclaimed singing sensation Celestina Warbeck (sometimes known as ‘the Singing Sorceress’) hails from Wales. Her father, a minor functionary in the Muggle Liaison Office, met her Muggle mother (a failed actress) when the latter was attacked by a Lethifold disguised as a stage curtain.

Celestina’s extraordinary voice was apparent from an early age. Disappointed to learn that there was no such thing as a wizarding stage school, Mrs Warbeck reluctantly consented to her daughter’s enrollment at Hogwarts, but subsequently bombarded the school with letters urging the creation of a choir, theatre club and dancing class to showcase her daughter’s talents.

Frequently appearing with a chorus of backing banshees, Celestina’s concerts are justly famous. Three devoted fans were involved in a nasty three-broom pile up over Liverpool while trying to reach the last night of her ‘Flighty Aphrodite’ tour, and her tickets often appear on the black market at vastly inflated prices (one reason why Molly Weasley has never yet seen her favourite singer live).

Celestina has sometimes lent her name and talents to good causes, such as raising funds for St Mungo’s Hospital for Magical Maladies and Injuries with a recording of Puddlemere United’s anthem ‘Beat Back Those Bludgers, Boys, and Chuck That Quaffle Here’. More controversially, Celestina was vocal in her disagreement when the Ministry of Magic sought to impose restrictions on how the wizarding community was allowed to celebrate Hallowe’en.

Some of Celestina’s best-known songs include You Charmed the Heart Right Out of Me and A Cauldron Full of Hot, Strong Love. Her fans are usually older people who love her grandstanding style and powerful voice. The late 20th-century album You Stole My Cauldron but You Can’t Have My Heart was a massive global hit.

Celestina’s personal life has provided much fodder for the gossip columns of the Daily Prophet. An early marriage to a backing dancer lasted only a year; Celestina then married her manager, with whom she had a son, only to leave him for the composer Irving Warble ten years later.

Visit NBCNews.com for breaking news, world news, and news about the economy 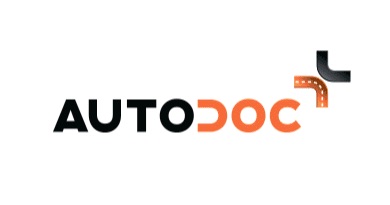 Dispatches from Elsewhere | Conhece as personagens